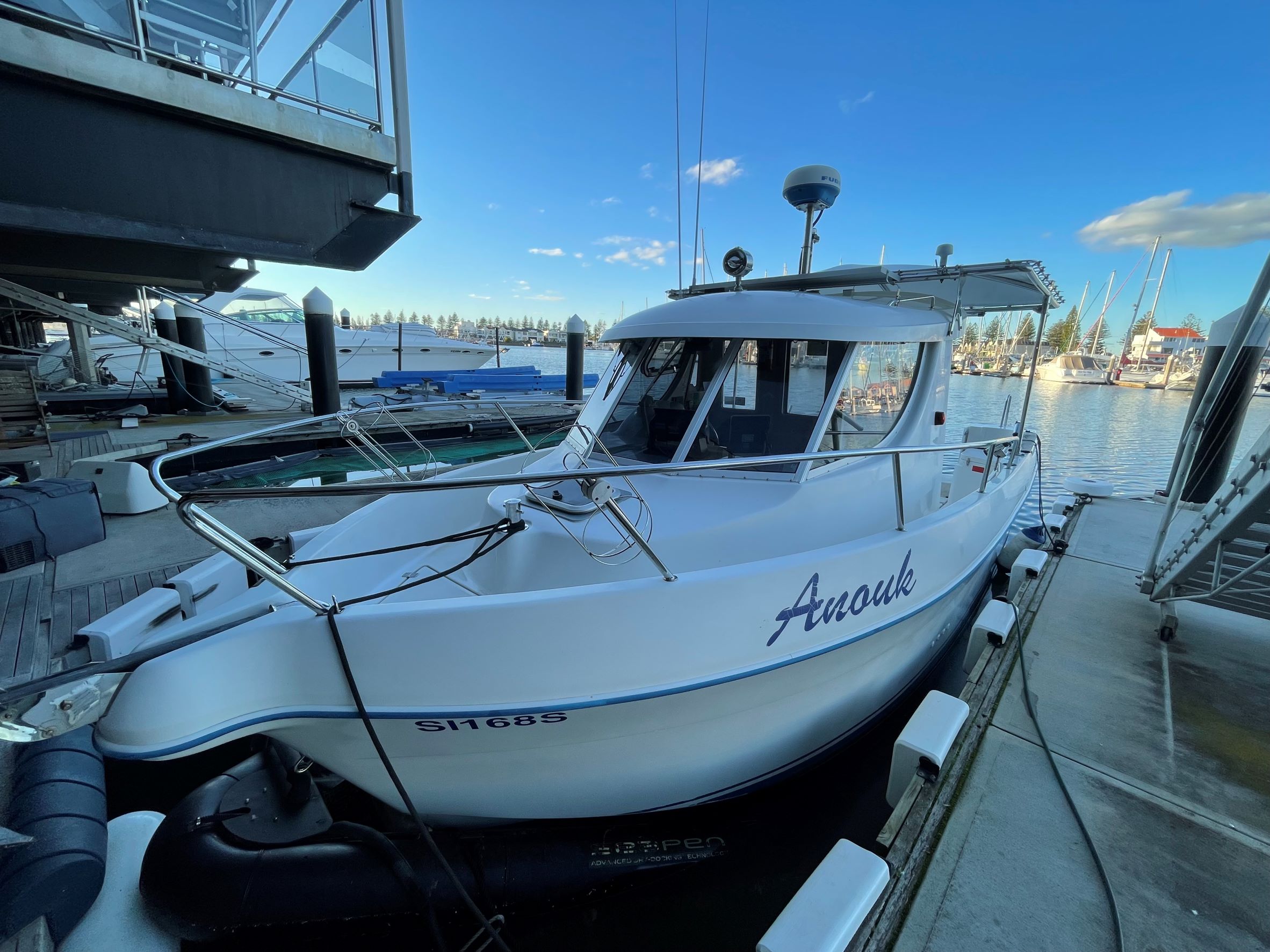 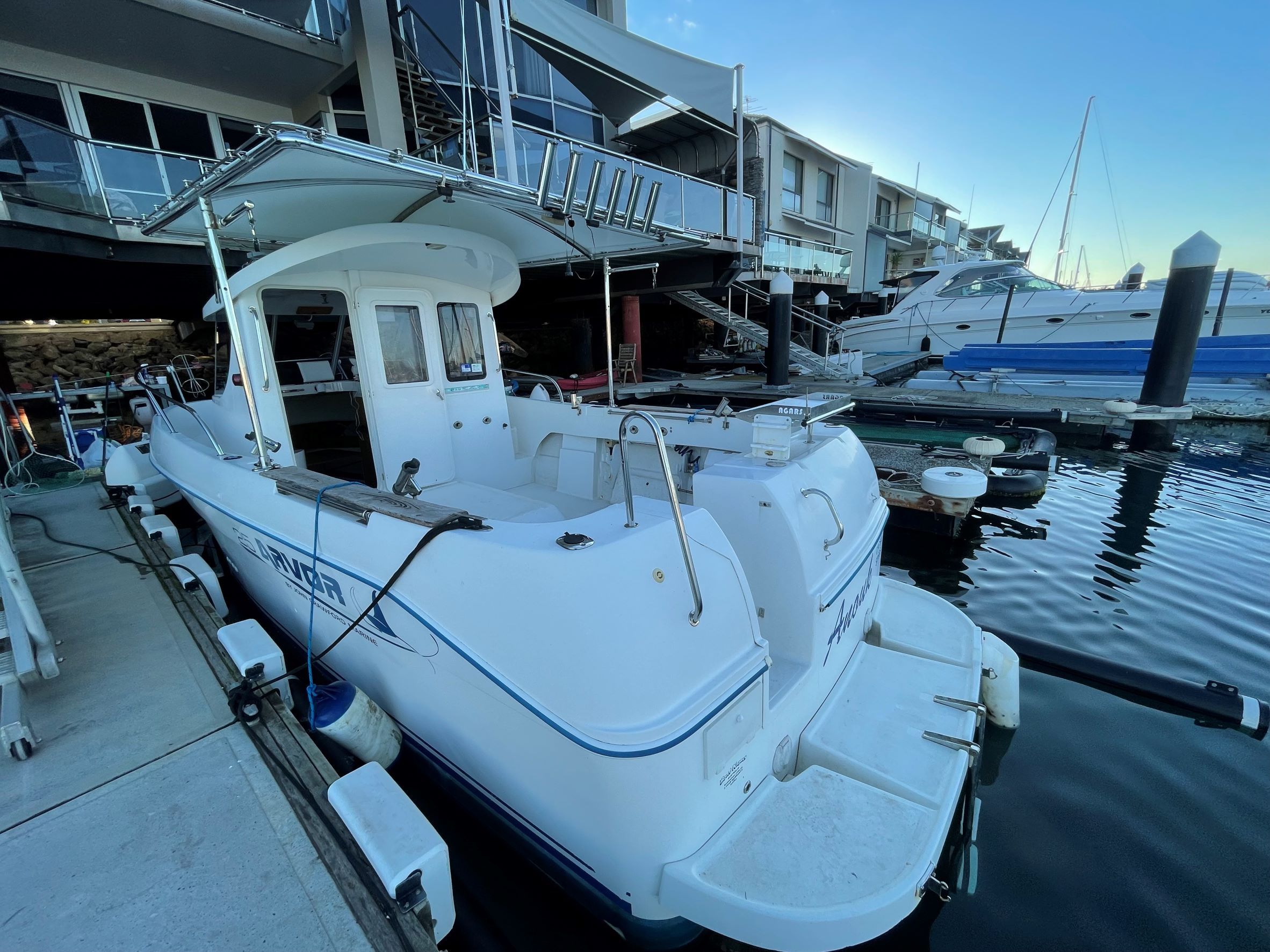 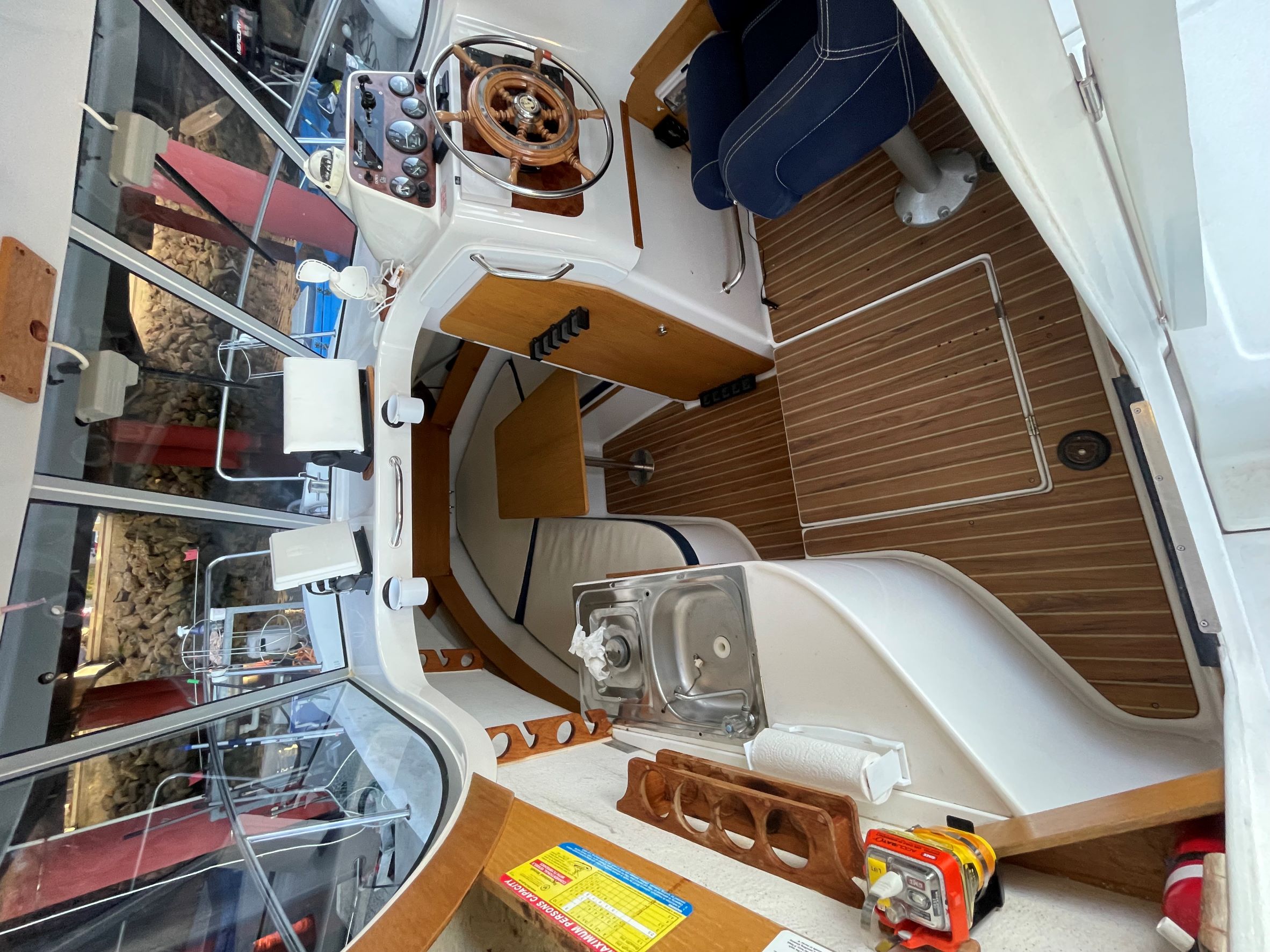 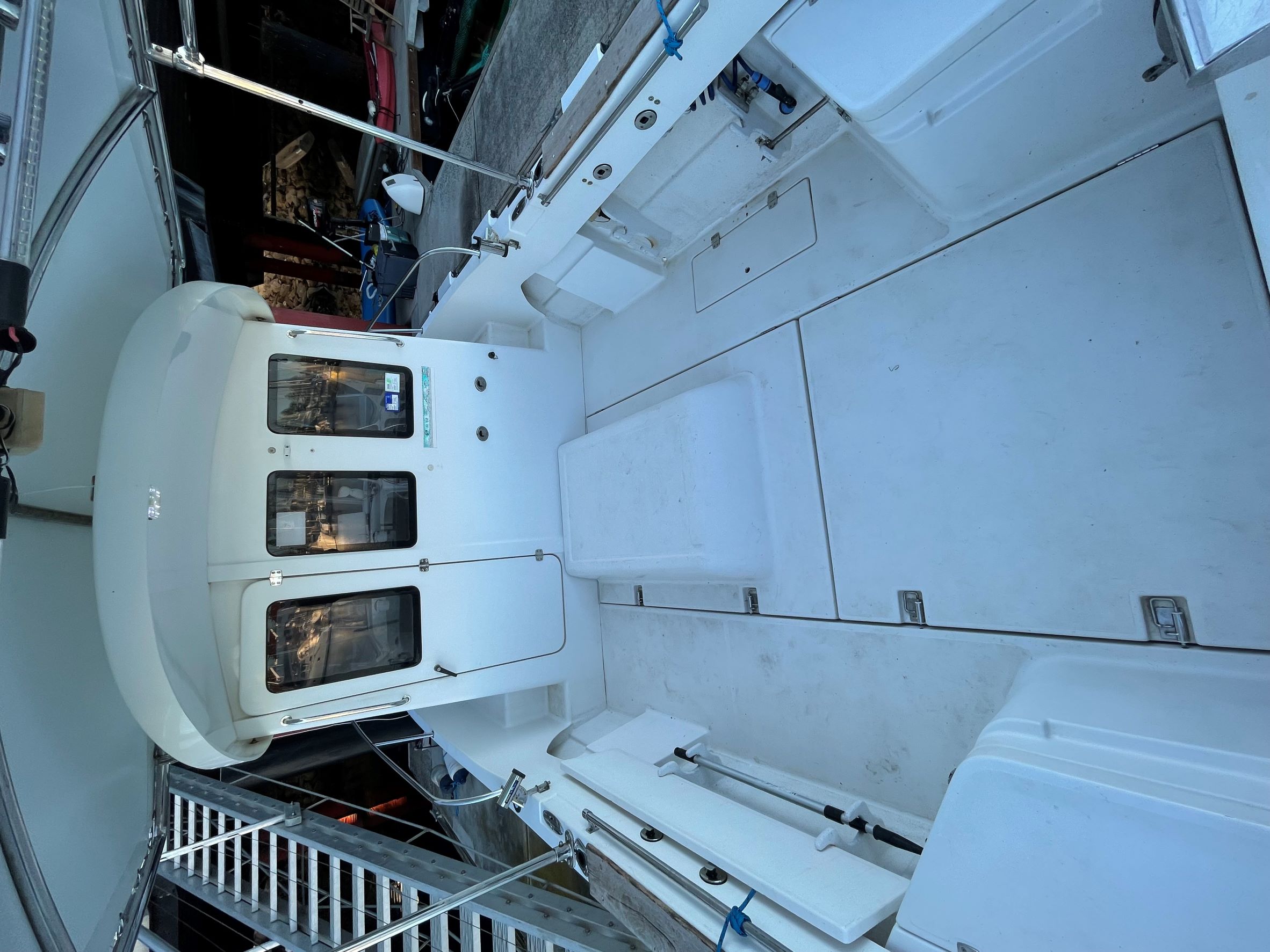 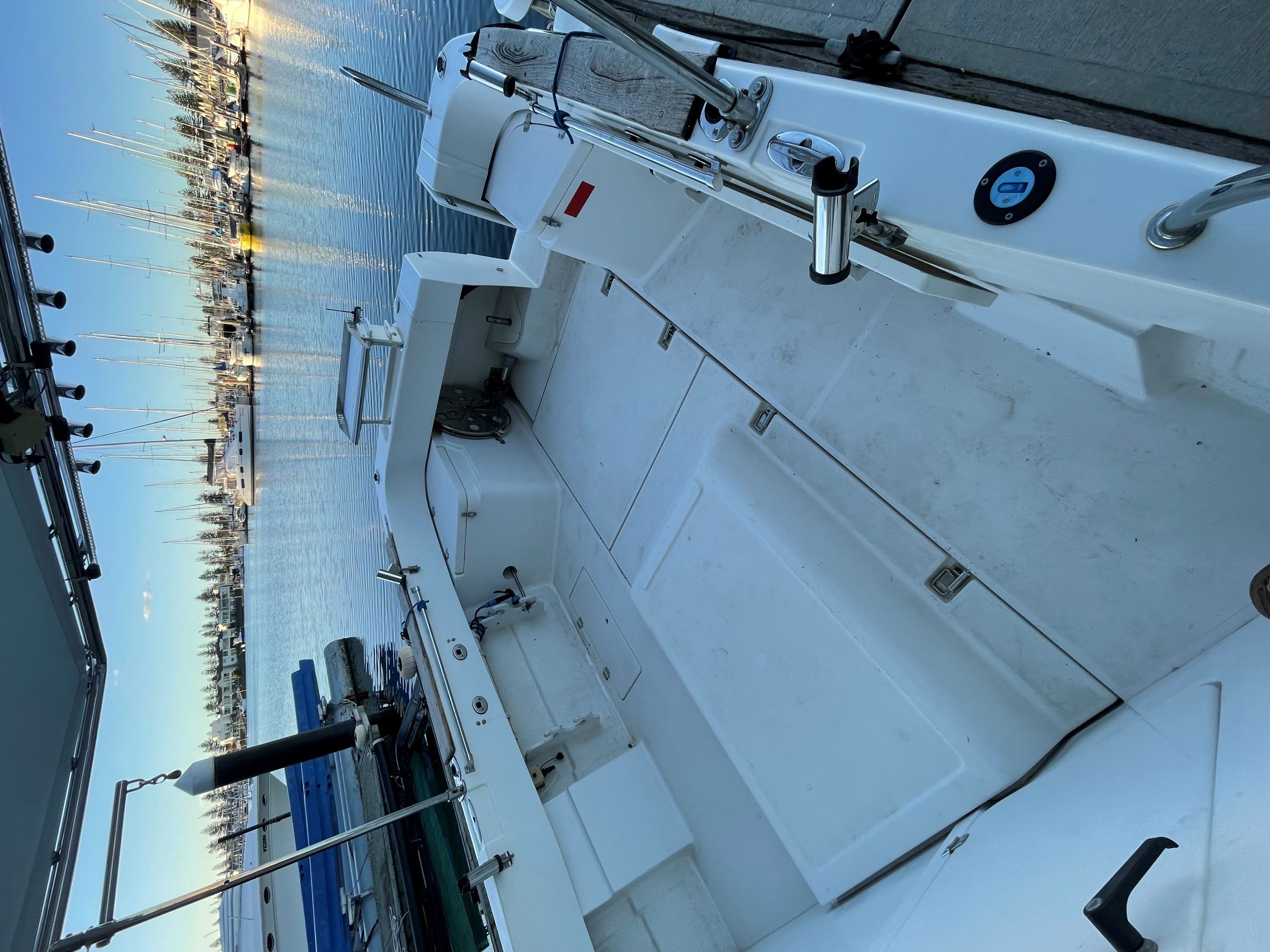 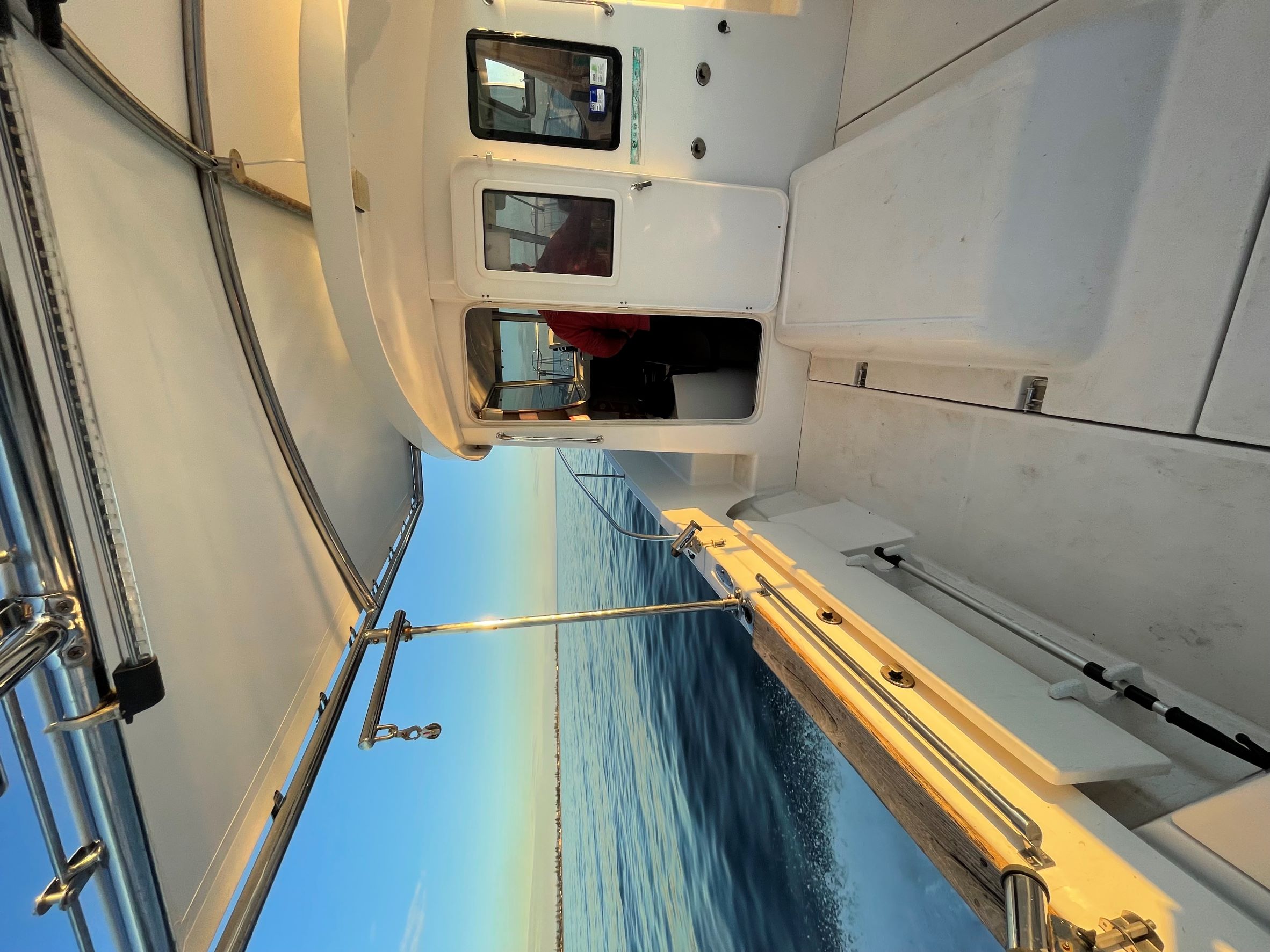 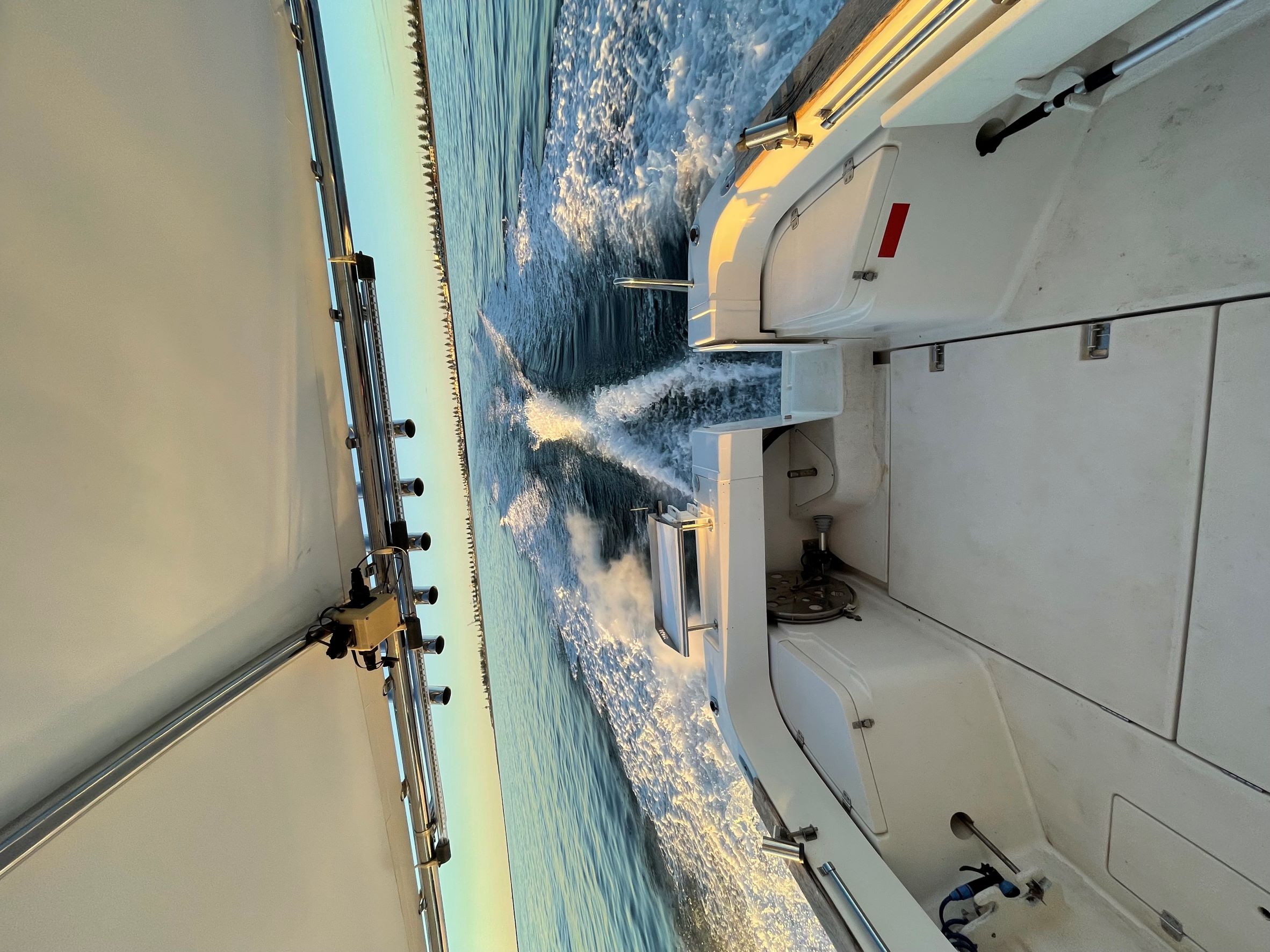 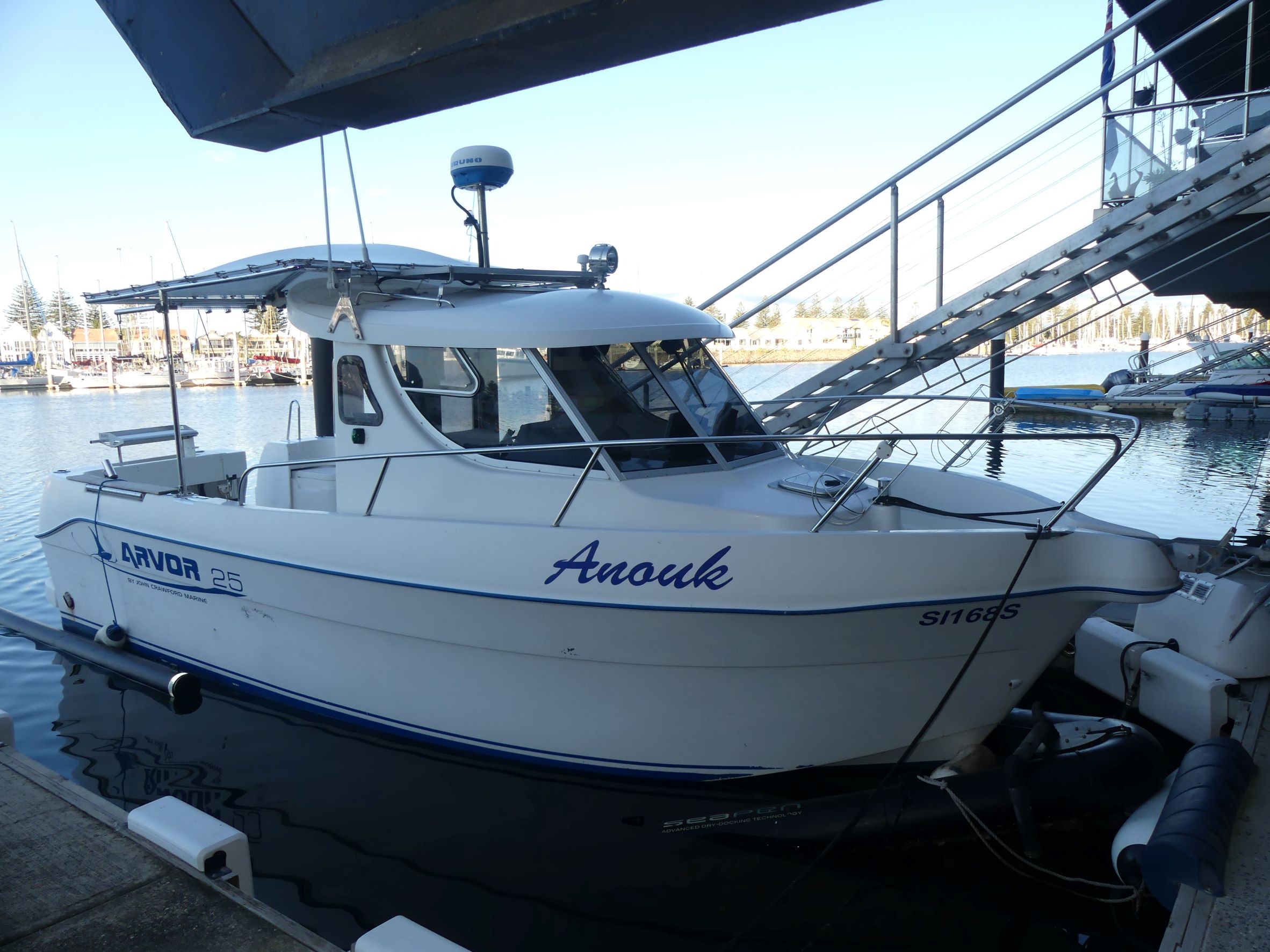 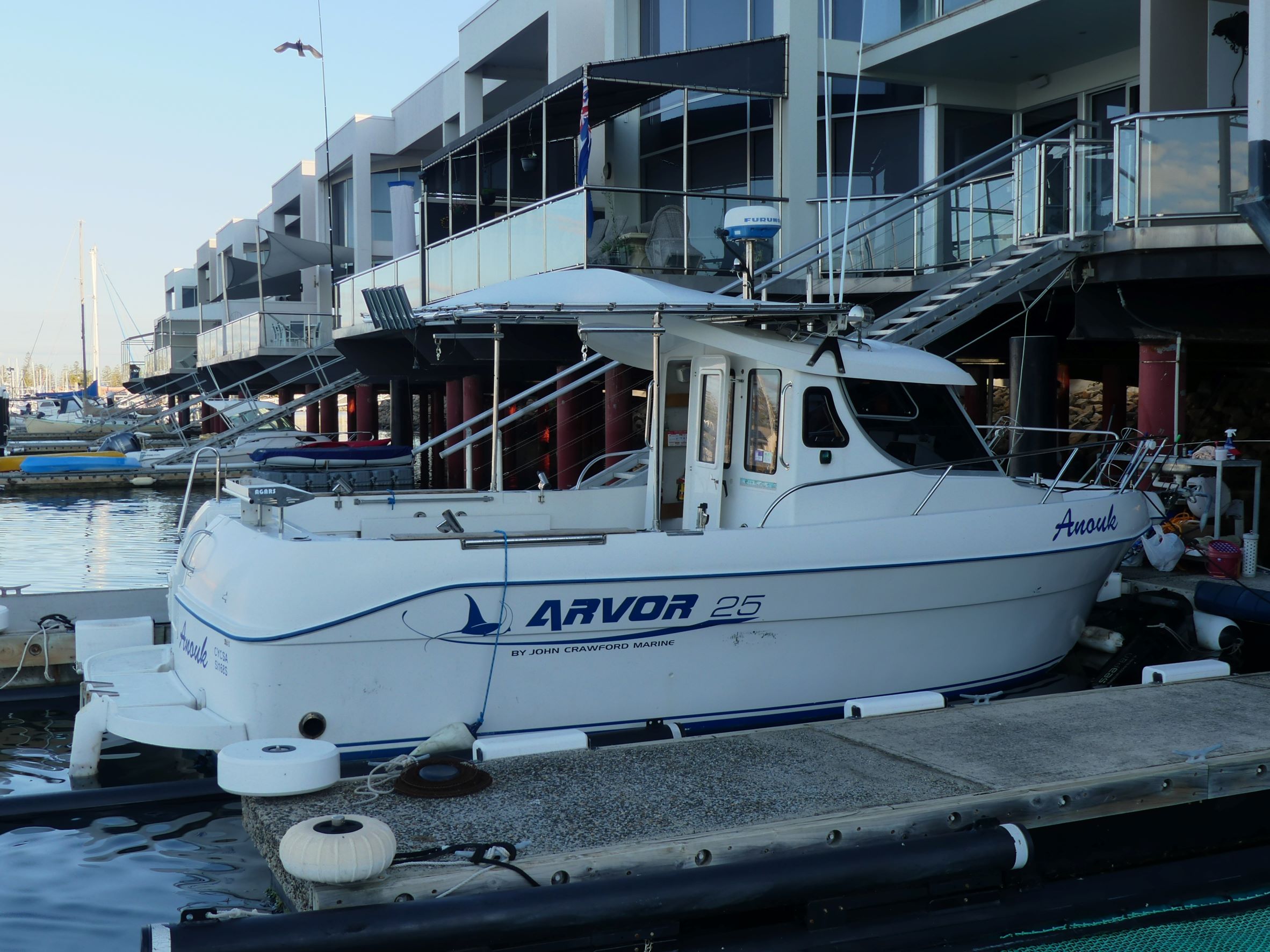 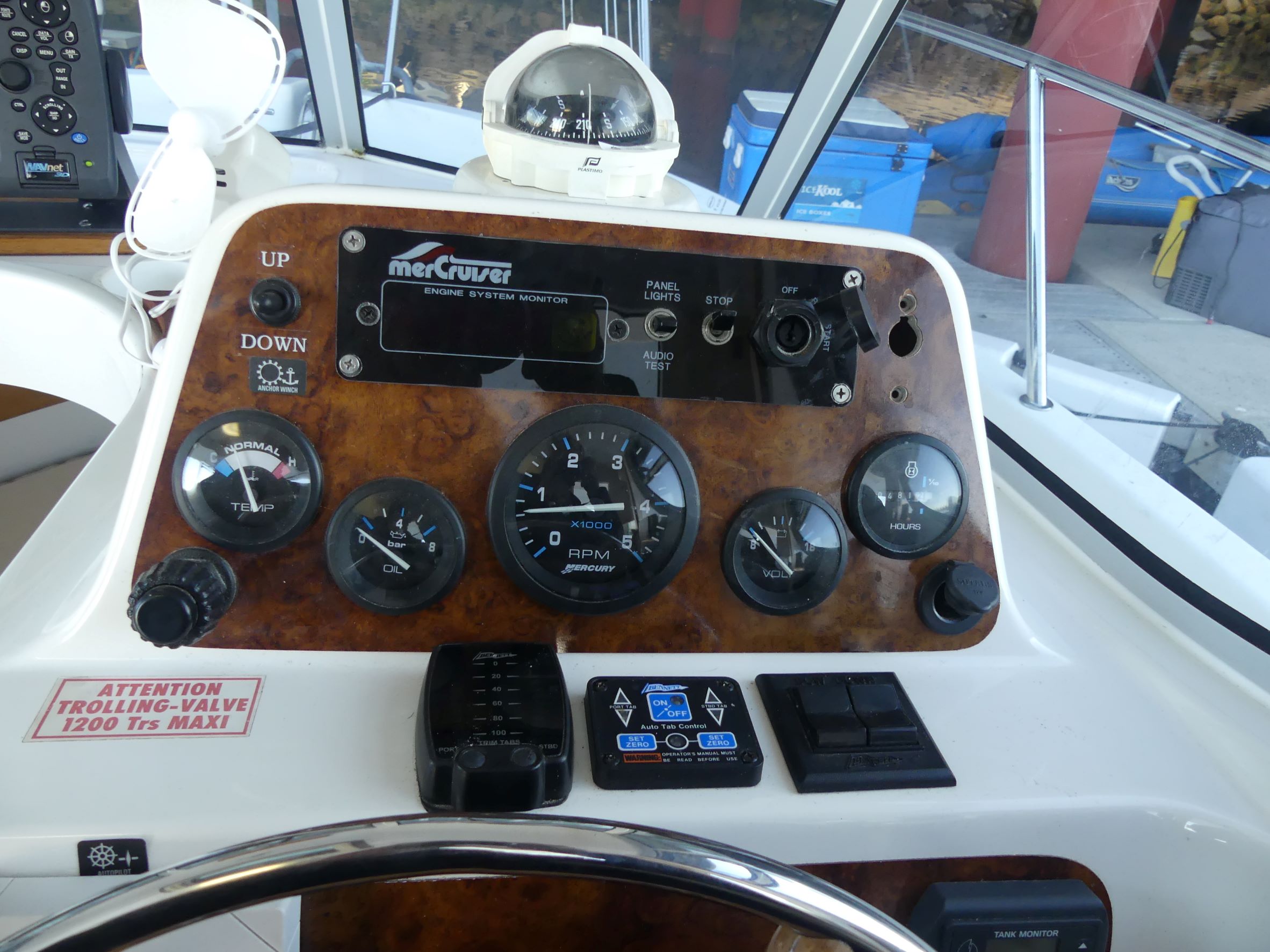 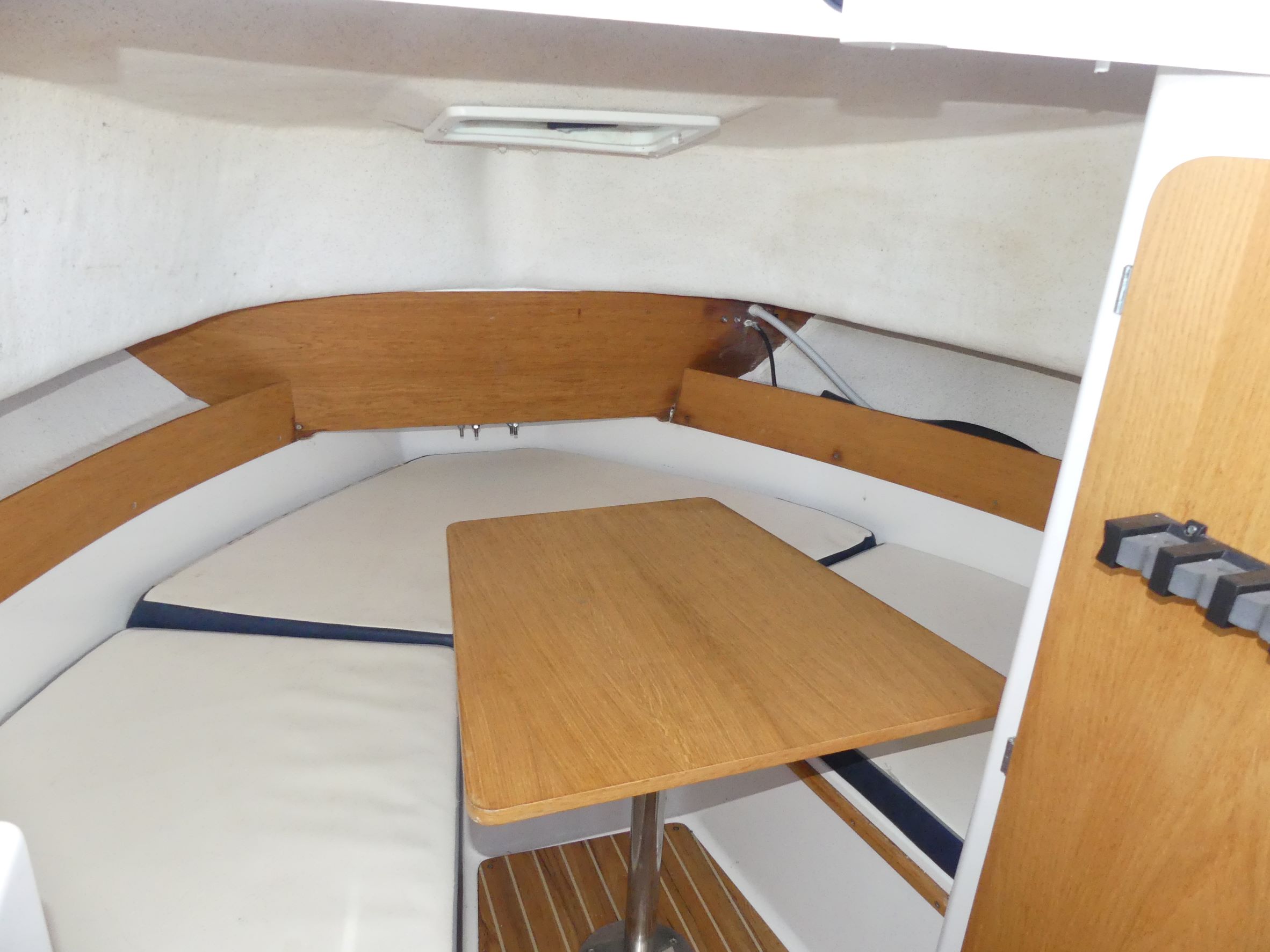 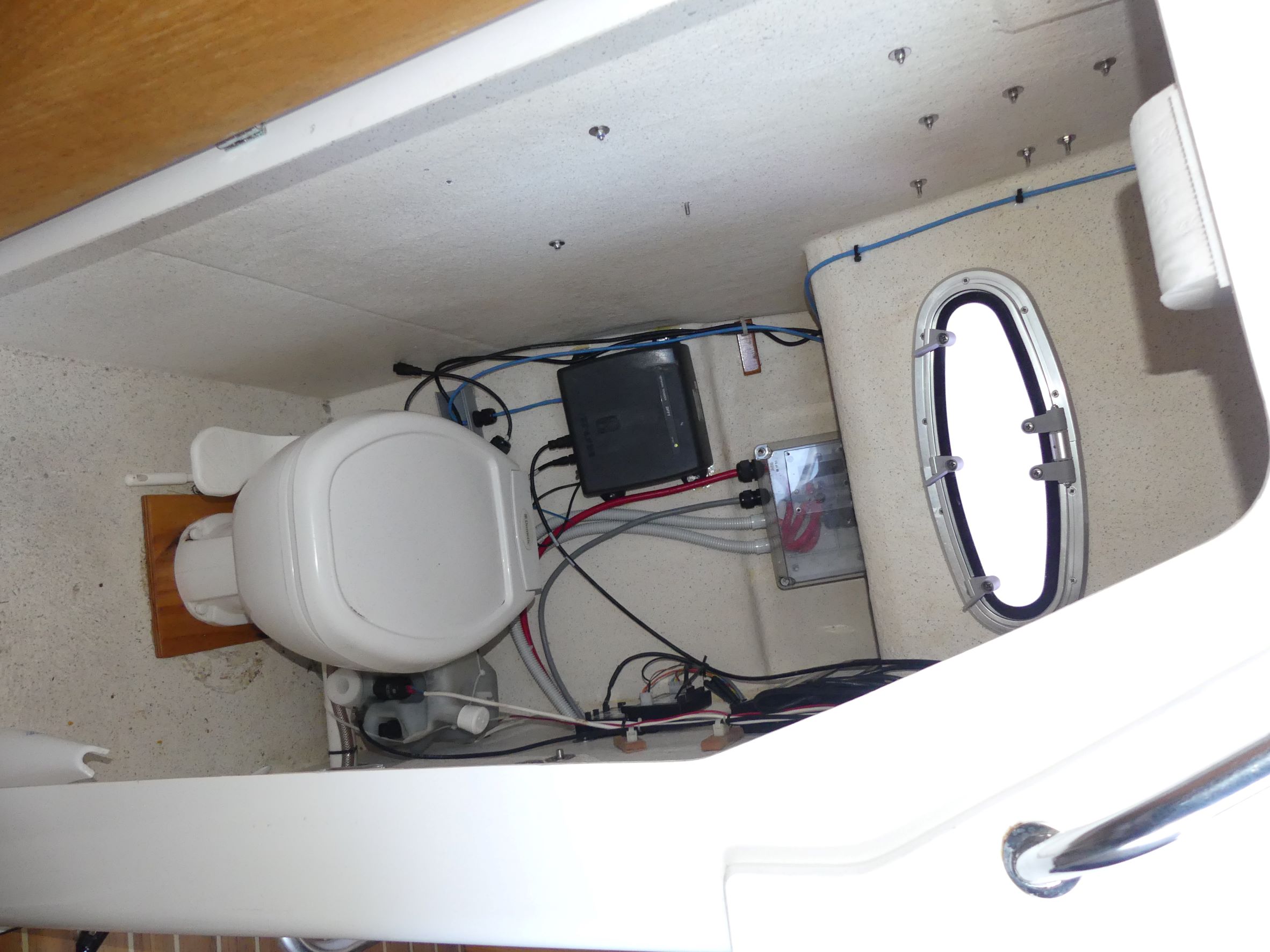 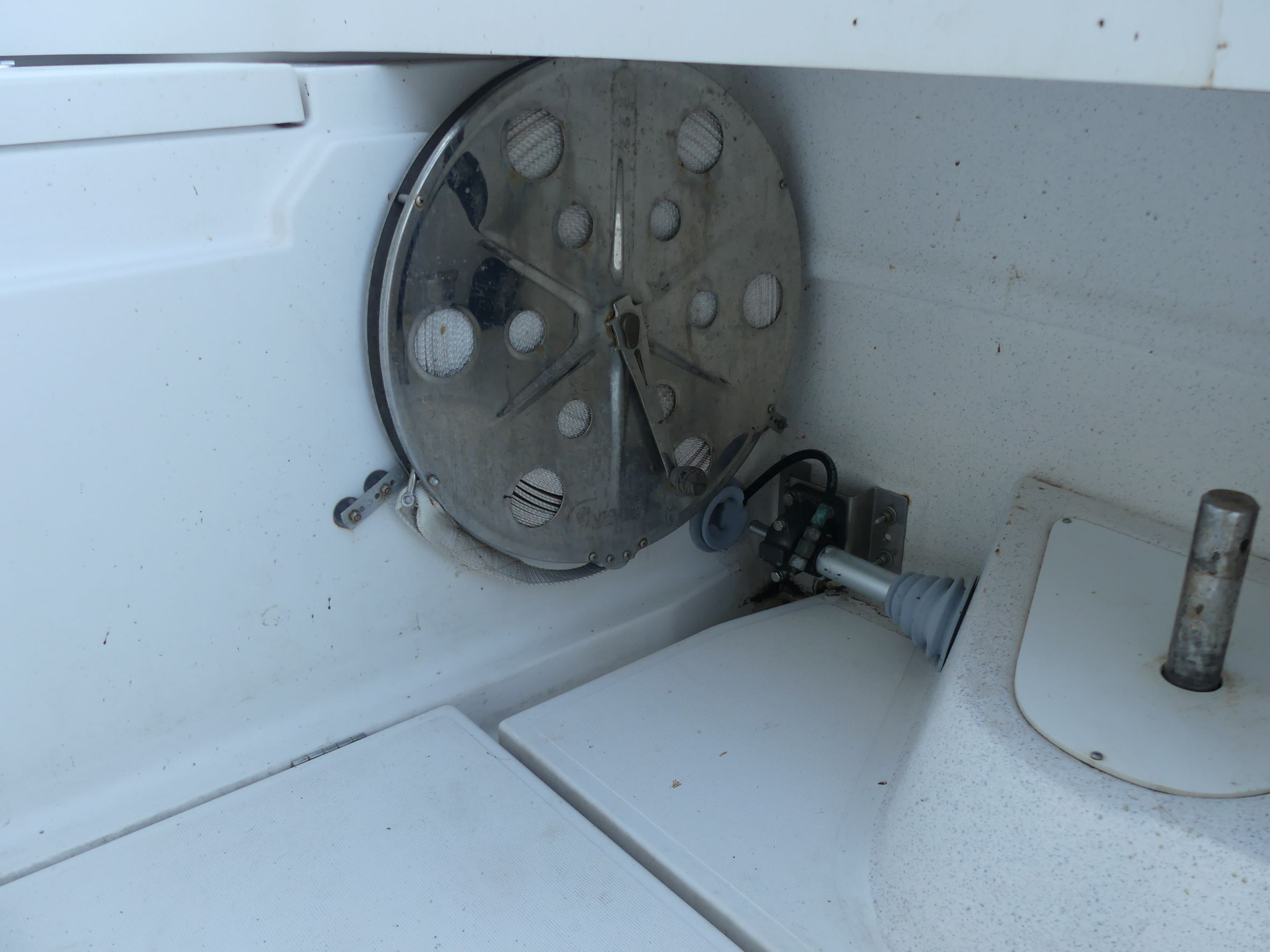 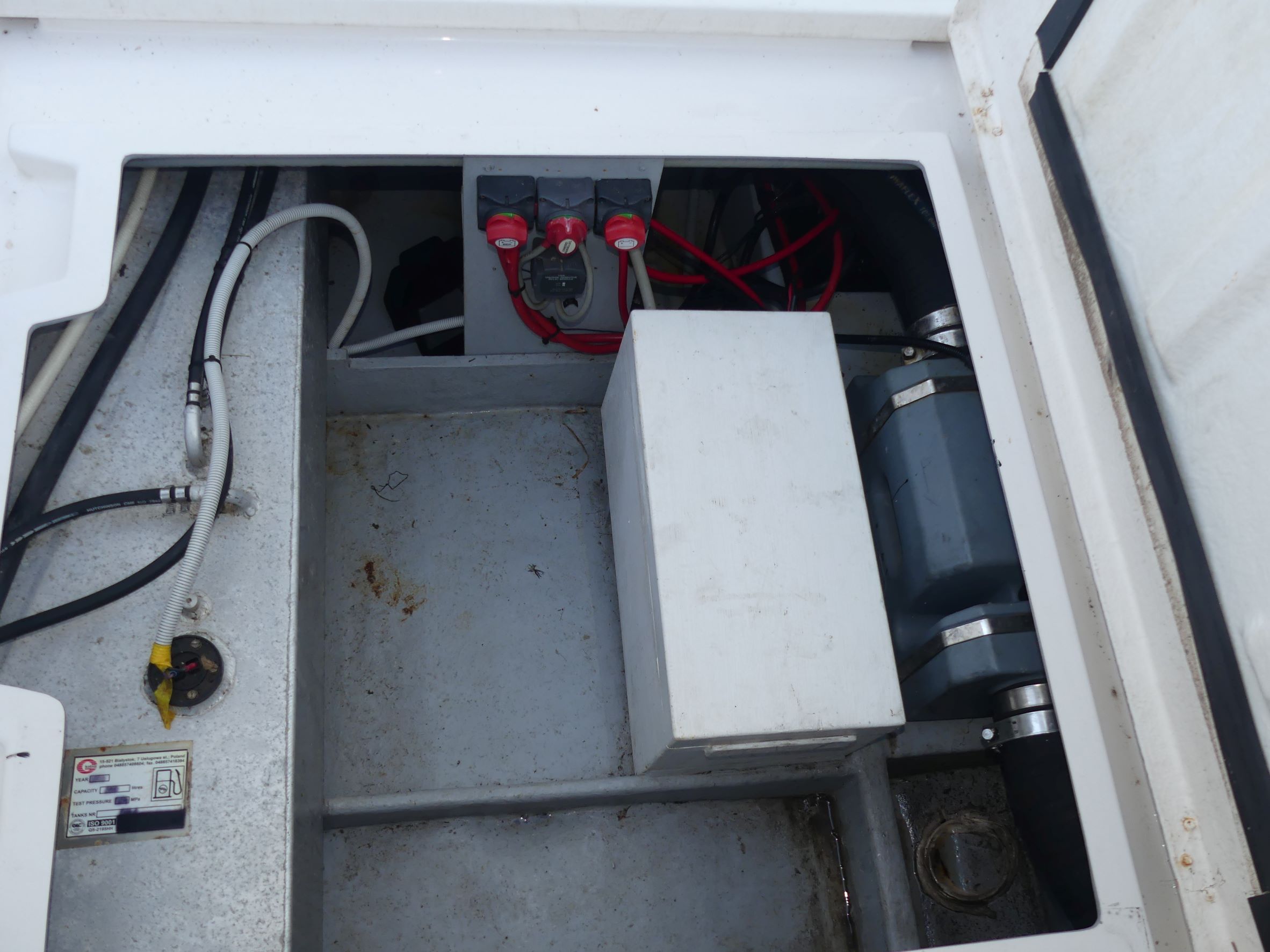 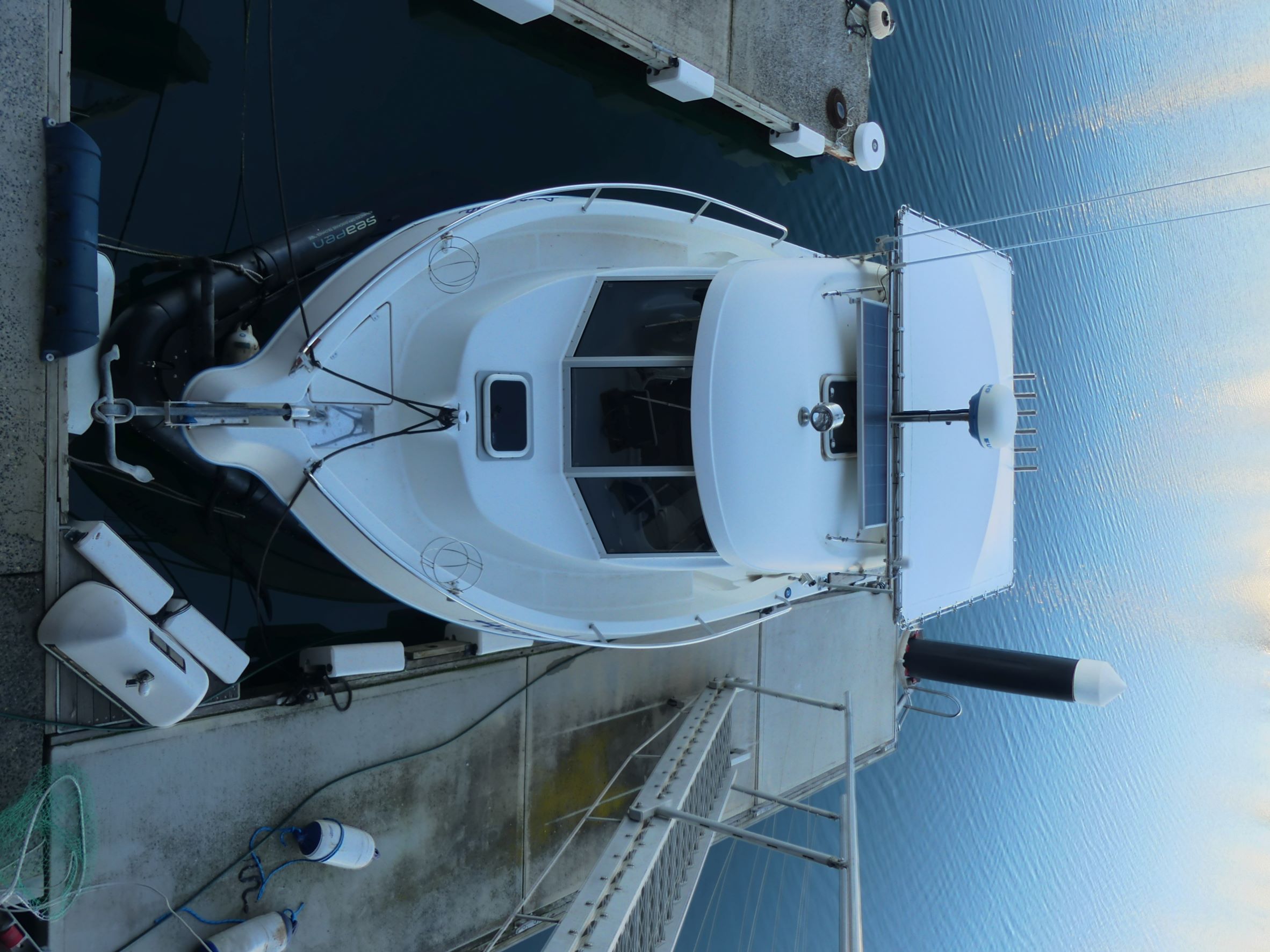 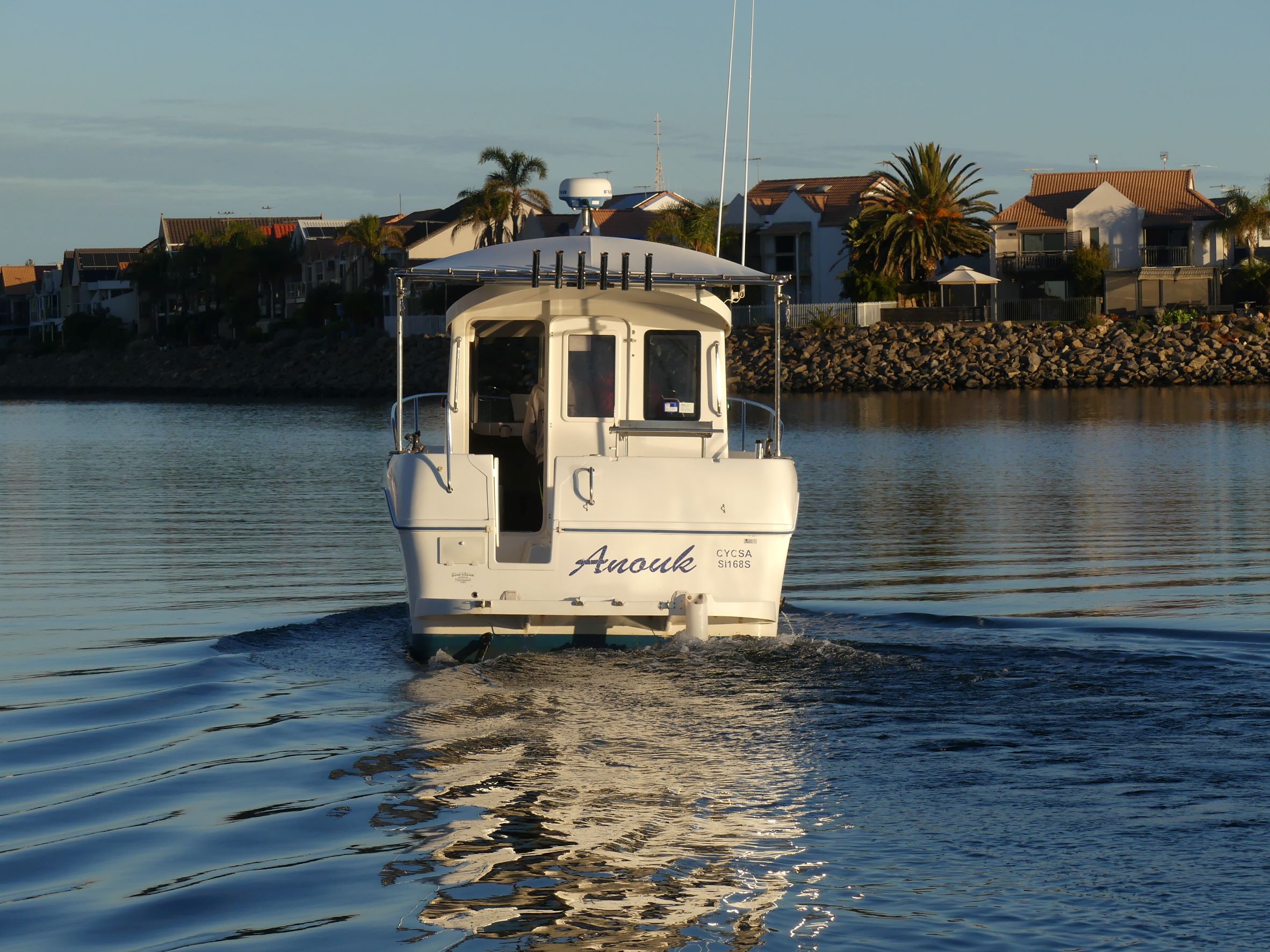 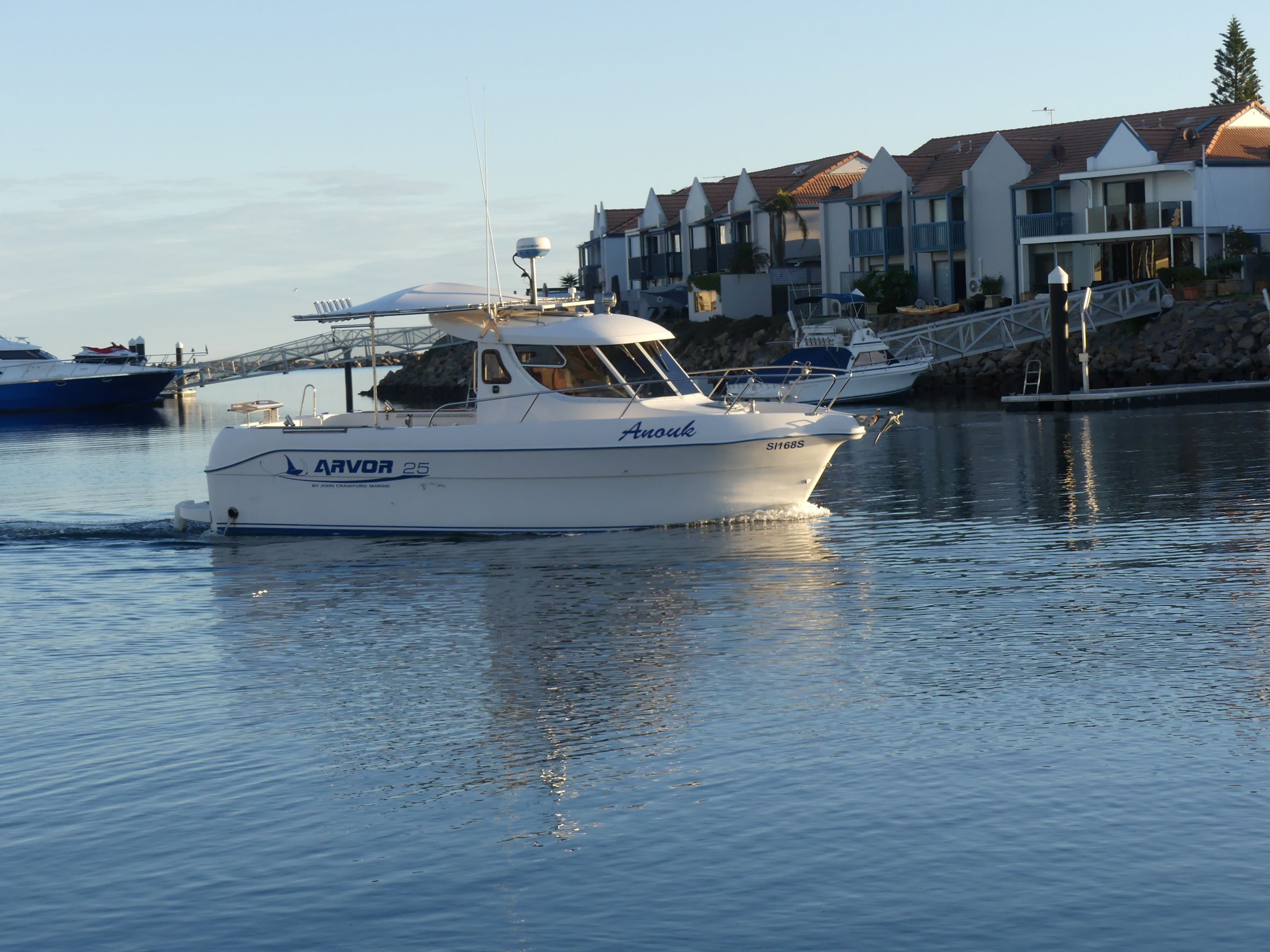 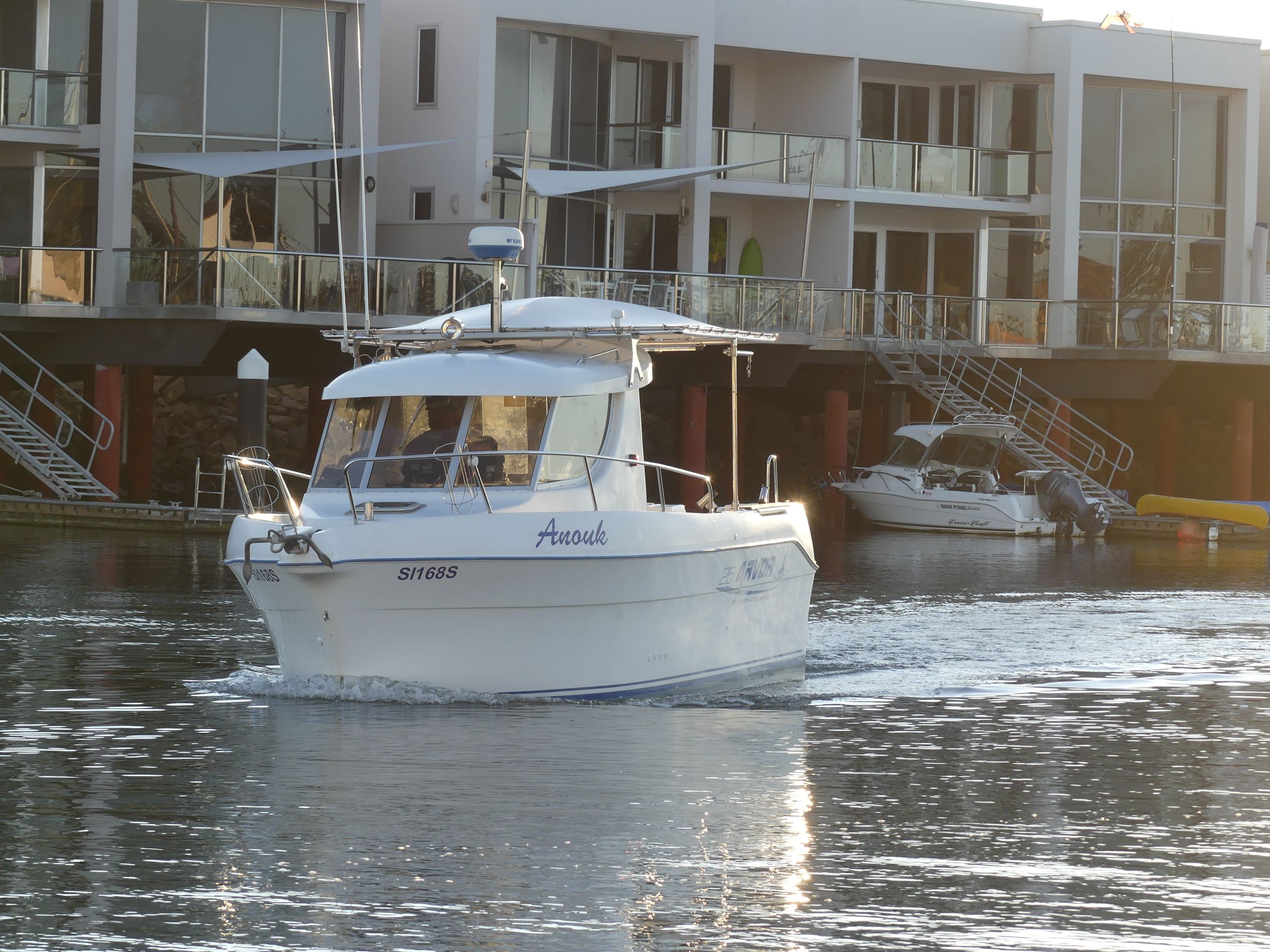 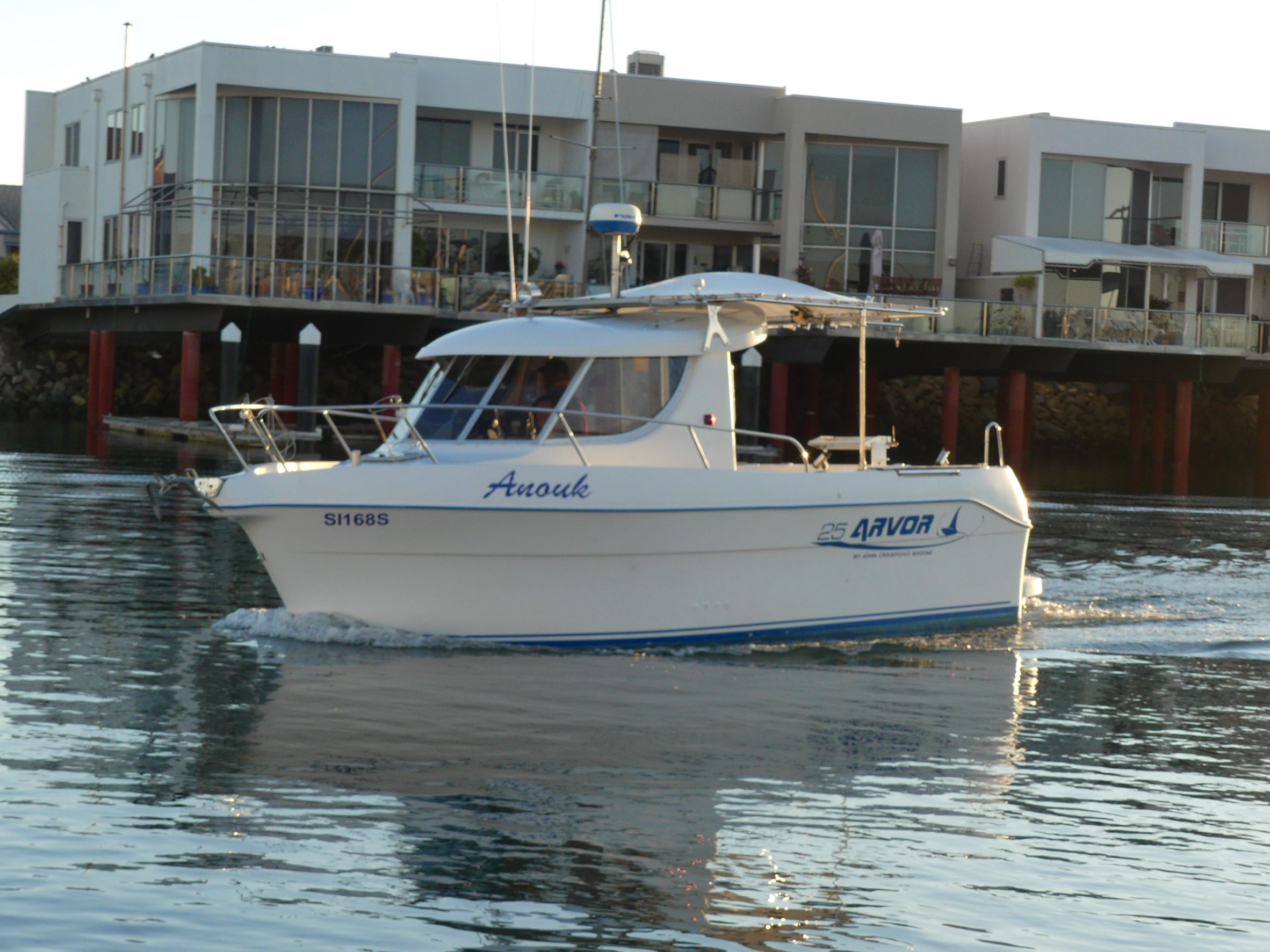 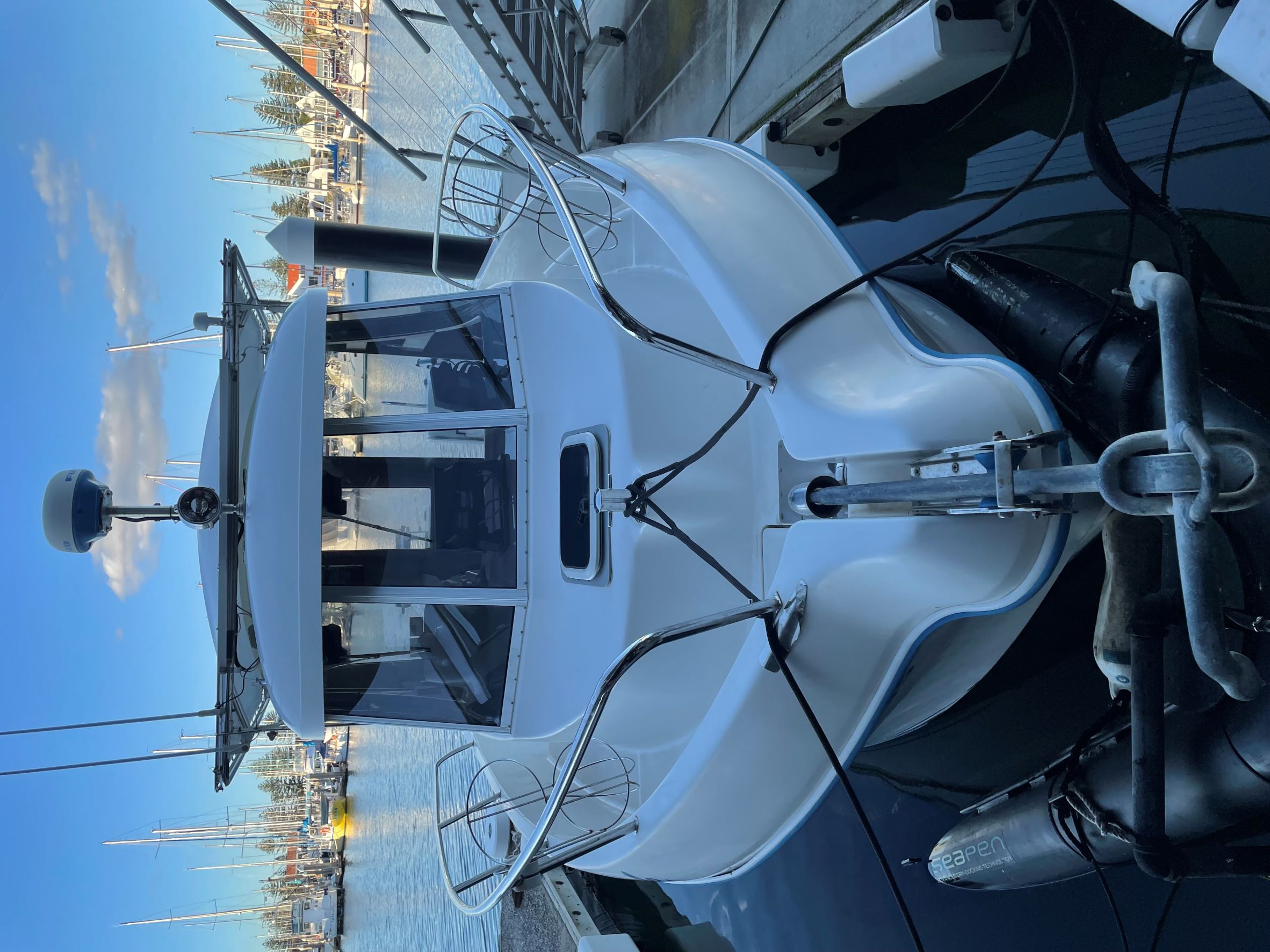 The Arvor 25 is the bigger and offering more vision when out on the water.
Offering a very economical diesel engine which pusher this awasome fishing boat along very well.
The 25 follows on from the highly successful 20ft Arvor released in Australia several years ago and now produced locally by Collins Marine. The 25 looks the goods for everything from day cruising to charter work, serious offshore fishing, scuba diving trips and family boating.

Designed to be left in the water, the Arvor 25 might also be considered one of the lowest-maintenance 25-footers on the market. The boat is powered by a shaft-driven diesel inboard, leaving little to go wrong below the waterline.
What's more, the savvy French cruiser sips fuel rather than gulps it. With a 4.2lt 220hp MerCruiser diesel, you can cruise from sun-up to sundown on significantly less than 100lt.
CAPTAIN'S VIEW
Unlike the Arvor 20 which has seating for only one person at the wheel, the 25-footer has a helm bench seat which can take two people. The bench seat, which isn't terribly deep, folds down to make extra standing room in case you prefer driving on your feet.

With saying all of this, this Arvor has a few upgrades which was added by it 1stowner, like a large bimmini, 2 stainless steel haulers on either side. And much more.

Specifications are as supplied by the vendor and are believed to be correct but not guaranteed. Prospective purchasers are advised to obtain an independent survey report and mechanical check.

Small port side Galley with fridge